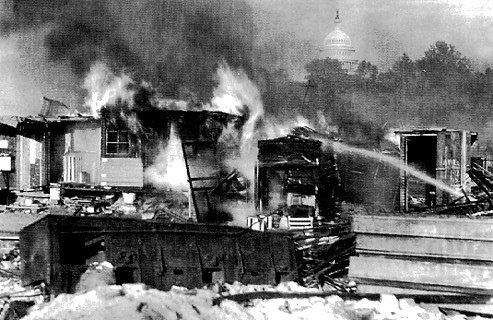 I’ve been thinking a lot about Obama. According to Ezra Klein:

his answer to arguments against consensus rhetoric [see my earlier post] is that his rhetoric is behind that success, it brings in more voters and thus intensifies popular pressure for his agenda

More specifically, his approach is that of

Occupying the moral high ground of unity and constructive outreach, converting individuals open to persuasion, and using those advantages to battle interests intent on protecting their privilege.

Most commentators have assumed that Obama is either naive or insincere.

Krugman continues to argue that Obama is naive:

Not to put too fine a point on it, Barack Obama won his impressive victory in Iowa with a sunny, upbeat message of change.

But there’s a powerful political faction in this country that understands very well that any real change will create losers as well as winners. In particular, any serious progressive reform of health care, let alone a broader attempt to reduce middle-class insecurity and inequality, will have to mean higher taxes on the affluent. And members of that faction will do whatever it takes to scare people into believing that change means disaster for the economy.

By comparing Obama to Bush Matthew Yglesias implicitly suggests that Obama is insincere rather than naive:

It’s always worth recalling that George W. Bush talked the talk about repudiating the harshness of Newt Gingrich and Tom DeLay. That duped the brain-dead press and they, in turn, helped dupe a substantial element of the public. But the policy agenda from Bush was always very right-wing, just as Obama’s platform is quite progressive.

I don’t buy it. Bush was able to push through a conservative agenda because he was able to rely on a strong alliance between corporate interests and the evangelical base. Although the Republican party is now reeling from the destruction of that alliance, which was strained to the breaking point by Bush’s cynicism, the Left has no similar alliance which could push through a progressive agenda.

Also, its not clear just how progressive Obama’s agenda really is. He’s claimed that he has been more consistently progressive than his opponents, but a close reading of his book suggests otherwise.

Despite my preference for the more aggressive approach offered by Edwards, I don’t think progressivism is something that a political candidate can bring about on their own. A real revolution needs to grow from the bottom up, and there clearly isn’t yet a groundswell of support for Edward’s vision. Progressives like Krugman seem to forget that it was poor people, not FDR, who made the New Deal happen.

It is useful to recount the history of the Bonus Army, “an assemblage of about 17,000 World War I veterans, accompanied by their families and other affiliated groups, who demonstrated in Washington, DC, during the spring and summer of 1932.” Hoover lost the election, in part, because of the clashes between the army and the protesters. But despite the public’s disgust at the Bush administration’s handling of Hurricane Katrina, and the threat of a recession, there has not yet been anything like a nation-wide grassroots progressive movement which could thrust Edwards into power.

So while I’m skeptical about Obama’s pragmatism and how much it can accomplish, it may be the best we can hope for right now. Moreover, it seems clear that his message is effectively mobilizing new voters and independents, both of whom will be essential for taking the White House. And while it is hard to parse the real foreign policy differences between the candidates, Obama does seem dedicated to getting the troops out of Iraq. I’m not yet ready to take down my Edwards ’08 banner, but I should probably get working on a nice Obama banner to replace it … [The picture shows the shacks put up by the Bonus Army burning after conflict with the military. From