Anyone riding the subway in NY city noticed the difference in how papers covered the announcement of Jessica Lynch’s new book about her rescue from Iraq. I couldn’t find images of the actual cover pages of the local papers, but here are screen captures of the NY Times and Daily News coverage of the announcement: 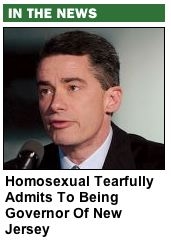 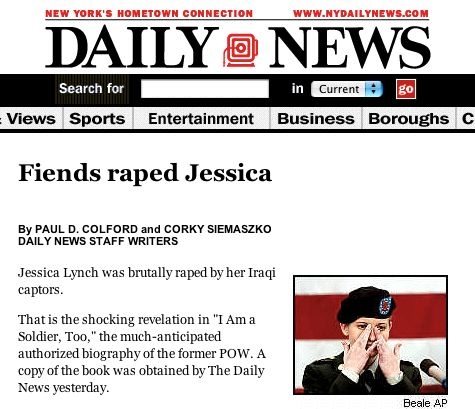 Now, I covered this story extensively during the war. When she first was missing, I discussed the fact that she joined the military because she couldn’t find a job in her hometown. When she was rescued I discussed the history of orientalist fantasies about “white slavery” that I felt informed much of the media coverage. Then it turned out that the doctors were actually quite nice to Pvt. Lynch. And that the rescue was filmed like a Hollywood action movie. And that the military smashed the windows when they could have used the key. The whole story was then quite exhaustively reported in the Washington Post who went back and interviewed many of the doctors.

So why am I not surprised to read that Iraqi doctors dismiss the rape claims?

Dr. Mahdi Khafazji, an orthopedic surgeon at Nasiriyah’s main hospital performed surgery on Lynch to repair a fractured femur and said he found no signs that she was raped or sodomized.

(Thanks to Body and Soul for her post, with many good links to recent news stories and blog posts.)