In 1946 Li Tianbing stole his grandmother’s cow and bought a camera with the proceeds. Some 300,000 photos later, he is being feted as one of his country’s most influential artists.

The story from the Guardian.

Some of Li’s pictures. 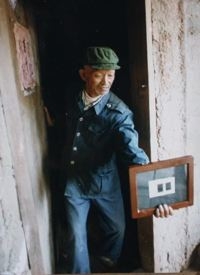 More on the Long March Project.