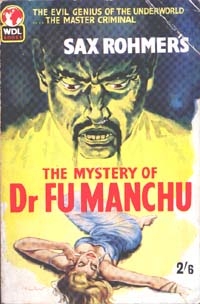 I can’t tell you how often I’ve spoken to American middle class liberals whose biggest worry in life seems to be the population explosion amongst the third world. Take, for example, this passage from Paul Ehrlich’s book The Population Bomb:

I have understood the population explosion intellectually for a long time. I came to understand it emotionally one stinking hot night in Delhi a few years ago. My wife and daughter and I were returning to our hotel in an ancient taxi. The seats were hopping with fleas. The only functional gear was third. As we crawled through the city, we entered a crowded slum area. The temperature was well over 100, and the air was a haze of dust and smoke. The streets seemed alive with people. People eating, people washing, people sleeping. People visiting, arguing, and screaming. People thrusting their hands through the taxi window, begging. People defecating and urinating. People clinging to buses. People herding animals. People, people, people, people. As we moved slowly through the mob, hand horn squawking, the dust, noise, heat and cooking fires gave the scene a hellish aspect. Would we ever get to our hotel? All three of us were, frankly, frightened.

That quote is from this Reason post by Ronald Bailey, who adds:

Poor Paul. All those awful, awful people! Indeed, a crisis. Curious that Ehrlich would pick Delhi to illustrate urban crowding. He could just as easily have picked New York City or London. That creepy passage has a lot in common with the yellow peril narratives from the last century.

Of course, as Bailey adds, “the issue is not that the poor breed too much. The issue is that they are poor.”

In today’s NY Times, Thomas Friedman effectively recasts this narrative. The problem is no longer that the third-world masses are poor, it is that they are better educated than us!

Good jobs are being outsourced to them not simply because they’ll work for less, but because they are better educated in the math and science skills required for 21st-century work.

When was the last time you met a 12-year-old who told you he or she wanted to grow up to be an engineer? When Bill Gates goes to China, students hang from the rafters and scalp tickets to hear him speak. In China, Bill Gates is Britney Spears. In America, Britney Spears is Britney Spears. We need a Bill Cosby-like president to tell all parents the truth: throw out your kid’s idiotic video game, shut off the TV and get Johnny and Suzy to work, because there is a storm coming their way.

If only that were the problem!

In India, “Most of the benefits of…rapid economic growth are going to the wealthiest 20% of society.” There, “350 million [persons]—more than a third of the population—live in dire poverty…In Calcutta alone, an estimated 250,000 children sleep on the sidewalks each night.” [From Paul Watson, “In India, No Job is Too Small,” Los Angeles Times, October 25, 2003. Cited from here.]

Just as poverty and inequality the problem (not engineering degrees), so too is it a mistake to blame the loss of higher end jobs in America to the better skills of highly trained Indians. In fact, the decline in high end jobs has been going on for some time, and represents a general trend in our economy. Here is is a quote I cited in a post from back in March:

Similarly, Friedman worries about the rising number of uneducated and unemployed Arab youth. But what he doesn’t talk about is the fact that even some of those with engineering degrees can’t find jobs. In June I wrote about this Haaretz article which “describes how difficult it is for Arab Israeli’s to get jobs other than teaching … [since] they are shut out of Israeli’s high-tech sector for “security” reasons”:

Arab university graduates describe a vicious circle that is difficult to break — many jobs in the technological fields are inaccessible because they are related, at least marginally, to defense applications. As a result, they tend to avoid studying the exact sciences and other fields dealing with computers and technology because they know they will find no work in these areas. In fact, many Arab graduates of the Technion and science departments at the universities choose to work abroad.

And regarding Friedman’s first claim, that we are facing a crisis in “unfunded entitlement liabilities,” he should read his colleague, Paul Krugman.

Rather than scaring us into funding education and supporting democracy by raising the specter of the “Yellow Peril,” I wish Thomas Friedman would take the time to actually analyze some of the social and political problems that make these “simple” solutions so difficult to implement.