iPhone owners are up in arms about the fact that Apple blocked third party applications. Personally I think these people should focus their wrath squarely on the practice of SIM card locking which should arguably be illegal. I think the Brazilians have the right idea, with their anti-SIM locking campaign. 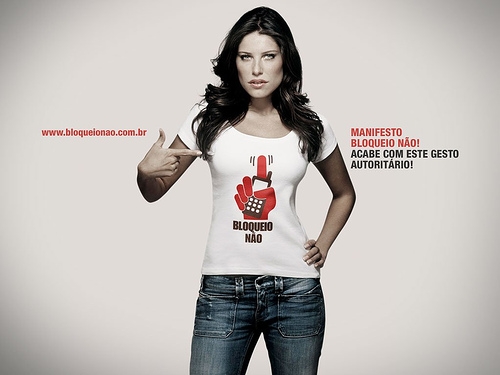 As John Gruber points out, the banning of third party applications on the iPhone is very much tied to Apple’s contract with AT&T:

That the 1.1.1 upgrade both breaks SIM-unlocking and third-party applications comes down to the same underlying reason: the closing of known techniques of accessing the iPhone file system.

But while I think Gruber is correct to point out the reason for the upgrade, I think he is wrong to say that those who hacked their iPhone had it coming:

The idea that Apple has screwed over or even somehow been rude to the grassroots iPhone developer community is absurd. Apple never asked for nor encouraged iPhone software development, and the fact that it happened anyway put Apple under zero obligation to support it.

While it is one thing to ask Apple to support such unauthorized uses, it is quite another to say that it is OK for them to actively undermine innovative uses for their technology. I think a good analogy is that of easement laws, also known as “right-of-way.”

In most of the United States, using someone else’s property, for example, for ingress and egress over a certain number of years, regularly and without the consent of the property owner, can give the user the right to continue using the property for the same purpose for as long as the user wishes.

Although things move much quicker in the world of high technology than they do in the world of property law, Apple having acted very quickly to put an end to unintended uses, I do think easement laws give us a wider perspective over how we might think about rights to technology. Another difference with property law is that consumers, not the manufacture, own the product in question. Does a manufacturer really have rights in-perpetuity over how people use their technology? Lets imagine a law which states that manufacturers should grant right-of-way to existing uses of their technology. Under such a law a manufacturer would have to show a compelling reason to disable such existing uses, with the burden of proof on the manufacturer to show that such “downgrades” are necessary.