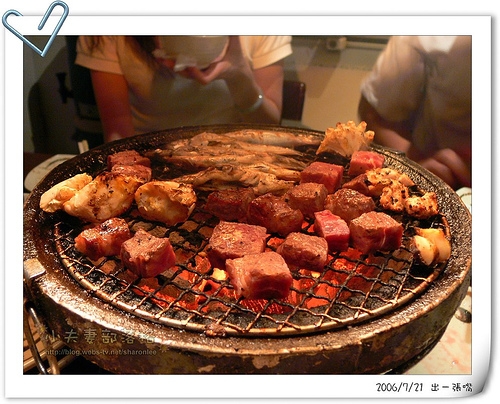 This is one of those “only in Taiwan” stories: Police in Hsinchu 新竹 captured an escaped convict when they noticed a man attending a police-sponsored BBQ.

During the Mid-Autumn Festival 中秋節 almost every Taiwanese family has a BBQ, sort of like the Fourth of July in the US. The practice has become so wide-spread that the Taiwanese EPA called it an environmental hazard.

On the eve of last year’s Mid-Autumn Festival, October 7th, the EPA recorded a 45% jump in carbon monoxide pollution over northern Taiwan.

The criminal thought that the BBQ was “the last place police would have thought of looking for him.” Maybe it was the “eye-catching yellow windbreaker” he was wearing…