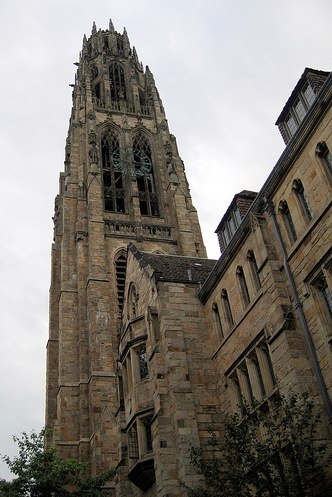 In our discussions about anthropologists in the military the term “ivory tower” has come up again and again, as has its antipode, “the real world.” These terms work rhetorically to oppose academic elitism and detachment against the difficult moral choices one must make in everyday life. A couple of things really bother me about the way these words are used:

First, it seems that “the real world” is always invoked when someone feels the need to justify decisions made which will help the elite. The “real world” requires us to support military dictators, cut jobs, pollute the environment, etc. You almost never hear someone talk about how in the “real world” we must build up the institutions of democracy, support unions, or protect our natural resources. Why are these choices less “real”?

Second, the labeling of anthropologists as ivory tower intellectuals is just odd. Most anthropologists I know are very much engaged in the real-world problems of their informants, love nothing more than to be in the field, and many, many, anthropologists are politically active both at home and abroad. It is true that anthropologists tend to shun the role of “public intellectual” and engagement with mainstream US politics, but they are very active in a large variety of other ways.

Third, it is odd that academics are accused of being “ivory tower intellectuals” precisely at the moment that are engaging politically in the US public sphere. To be passive subjects of military policy would be less “ivory tower” than to speak out against it?

Fourth, I always hated the term “the real world.” Of all the jobs I’ve had in my life — and I’ve done a little of everything, from selling ice cream, to bar-tending, etc. — my experience in corporate america was the least “real” of them all. People in management positions were all white and played solitaire on their computer half the day, when they weren’t gossiping, while minority employees worked their asses off answering phones and sweeping the floor. These privileged yuppies had no idea about the world outside their protected suburban enclaves, and yet they are considered as having jobs in the “real world” because they earn more money?

The fact that the real world involves difficult moral judgments should be a reason for serious academic debate about the basis for those judgments, not a reason for silencing that debate.