If you walk around Taipei these days you’ll be sure to see the word KUSO written in big letters all over the place. For instance, this summer there was a city-sponsored cultural festival in Ximending called “KUSO Ximending.” 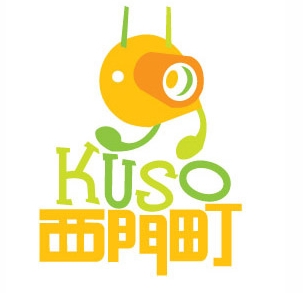 But what does “KUSO” mean? Luckily, Wikipedia is there to help us out:

Kuso is the term used in the Chinese world for the internet culture that generally includes all types of camp and parody. The Mandarin Chinese word ègǎo (simplified Chinese: 恶搞; traditional Chinese: 惡搞, literally meaning “reckless doings”) is often used as a synonym or description of its meaning. In Japanese, kuso (糞,くそ, kuso?) means shit, and is often uttered as an interjection. It is also used to describe outrageous matters and objects of poor quality. This definition of kuso was brought into Taiwan in around 2000 by young people who frequent Japanese websites and quickly became an internet phenomenon, spreading to Hong Kong and subsequently the rest of China.

The range of meanings is pretty wide, with some people applying it to anything stupidly-funny, and others restricting it more narrowly to internet and manga culture. You can get a sense of the range of meanings by looking a Flickr photos tagged KUSO.

UPDATE: I forgot to credit the inspiration for this post: Fred’s post about a TV show called KUSO Kitchen.