Taiwan, The Economy, The Environment 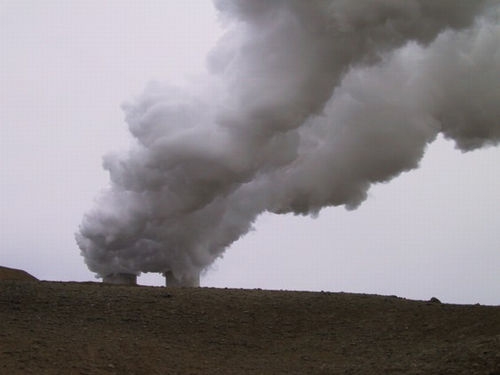 Speaking of Iceland … one of the coolest things about the country is how well they’ve used geothermal energy:

In Iceland, there are five major geothermal power plants which produce about 26% (2006) of the country’s electricity. In addition, geothermal heating meets the heating and hot water requirements for around 87% of the nation’s housing.

I’ve always wondered why Taiwan doesn’t make more efficient use of geothermal energy, especially given the large number of hot springs around the island. According to a recent article on the subject, “Taiwan imports over 97% of its energy supply from foreign countries, mostly from the Middle East.”

There is some hope however, the Chin-Suei geothermal energy project in Yi-Lan County will generate both electricity and hot water. “The first stage of this project will be completed before 2006, and the project has planned capacity of 5000 kW, sufficient to supply electricity for about 1700 families.” Not much, but its a start …