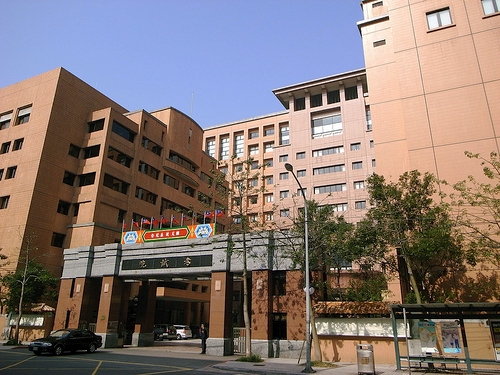 If you ask most people, democracy is synonymous with elections. But, strangely enough, few people who live in electoral democracies feel that elections result in a government which truly responds to their concerns. At its best, electoral politics seems to solve the problem of succession which plagued previous forms of government. Although it is not unusual for violence to break out during elections in many parts of the world, my sense is that even the most procedurally flawed elections in a one-party state make for more peaceful transitions between rulers. By this standard a bloodless military coup is actually slightly better than a violent election, so we’re placing the bar pretty low.

I find it much more useful to think about democracy in terms of institutions. Separation of powers has been an important part of democracy since the early Greek City-States, and was a central feature of the Roman Republic. George W. Bush and Dick Cheney have been doing their best to undo this founding principle of democracy for some time. They object to any congressional oversight of the executive branch, and have appointed Supreme Court judges who believe in a strong executive. We all know the endless stream of abuses which have taken place under the Bush White House, many of them posing serious threats to civil liberties. And yet, somehow, the basic building blocks of US democracy remain intact — barely. (True, we are setting the bar pretty low here when we point out that there aren’t black-booted brown shirts patrolling our streets, but still…)

These thoughts occur to me as Taiwan slips back towards one-party rule less than a decade after the DPP first gained control of the presidency. During that time numerous reform measures which would have strengthened Taiwanese democracy were repeatedly defeated in the KMT controlled legislature. It is unclear whether any of these will move forward now that the KMT’s position is secure, although the KMT’s anti-corruption rhetoric during the past election will likely result in at least some minimal reforms.

I find myself reflecting upon my experience working within Taiwanese institutions. At college meetings, every speaker prefaces their comments by mimetically recreating the institutional hierarchy: “Dean, Department Chair, Colleagues, Everyone: Hello.” But those with real power are not at the meeting: the school administration and the Ministry of Education. Every decision is made at the top and trickles its way down the ladder, so our meetings are primarily reactive. Nothing we say or do can really influence the decisions which have already been made on top. And those at top are not particularly interested in hearing our views.

Now, to be fair, this isn’t that different from how institutions work in the US. What is different, however, is that some institutions, at least, have a history of struggle which has resulted in faculty assemblies, teacher unions, and even, in some places, graduate student unions. While these organizations don’t rightly represent a “separation of powers” at the institutional level, they do act as a countervailing force which dampens the tendency for power to concentrate at the administrative center over time. I have not seen any signs of such organizations during my brief experience working in Taiwanese academia.

Another observation is that Taiwanese separation of powers differs in one important respect from that in the United States. The Examination Yuan 考試院, which overseas the testing of civil servants, is one of the five branches of government. Wikipedia compares it to “the European Personnel Selection Office of the European Union or the Office of Personnel Management of the United States of America” but its stature as one of the five pillars of government seems unique (at least with comparison to the US). Scott Sommers has remarked upon these differences as well:

In the occupational selection of modern Western nations, I believe it is occupational practitioners themselves who construct the tests based on their personal ideas about what practitioner knowledge should be. In Asia, it is quite different. In Taiwan, for example, a great deal of the testing and examination that goes on is controlled through a centralized government organization called the Examination Yuan. While the Examination Yuan utilizes highly qualified representatives of the various organizations their tests select for, it is clearly distinct in its functions from the the various occupational groups and their interests.

At the end of that article Scott suggested that “expanded democracy places testing in the hands of occupational practitioners.” I don’t know whether there is truly a general trend in this direction, but this is the kind of thing I have come to think about when I think about democracy in Taiwan. I don’t think this kind of institutional reform can happen from the top down, but so far I see very few signs of Taiwanese professionals seeking to make their institutions more democratic. At my university there is some discussion about allowing Assistant Professors to have a vote in the faculty hiring process — but it isn’t even clear whether current rules allow us to make such changes…