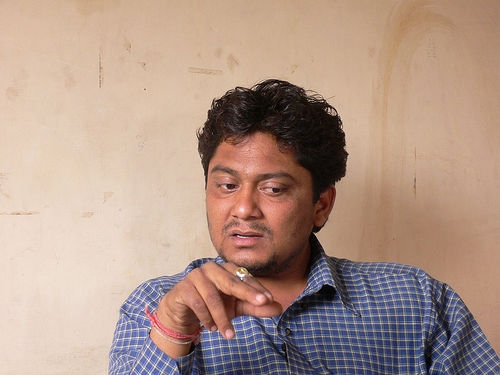 Activist and playwright Dakxin Bajrange was arrested on May 11th, 2003 for allegedly assaulting Prahlad Chhara. The real reason? Performing plays critical of the police. News of his arrest motivated Shashwati and I to go to India and make the documentary film, Acting Like a Thief. That trip changed our lives — and while Dakxin has gone on to become an award winning documentary filmmaker, even as he continues his work in the community, his case has not gone away. For years the case has dragged on through India’s notoriously slow legal system. Until now. I’m happy to say that today I received word that Dakxin’s case has finally been settled and he has been cleared of all charges. For a member of a community once declared “Born Criminals” this means a lot.

Our new film, with brings the viewer much deeper into the life and work of Budhan Theatre members and their families, including Dakxin, will be completed later this year. To stay up to date, please sign-up for our newsletter and stay tuned for major website updates later this summer.

Chinese Dictionaries and other goodies for the iPhone