A strange day in Urumqi 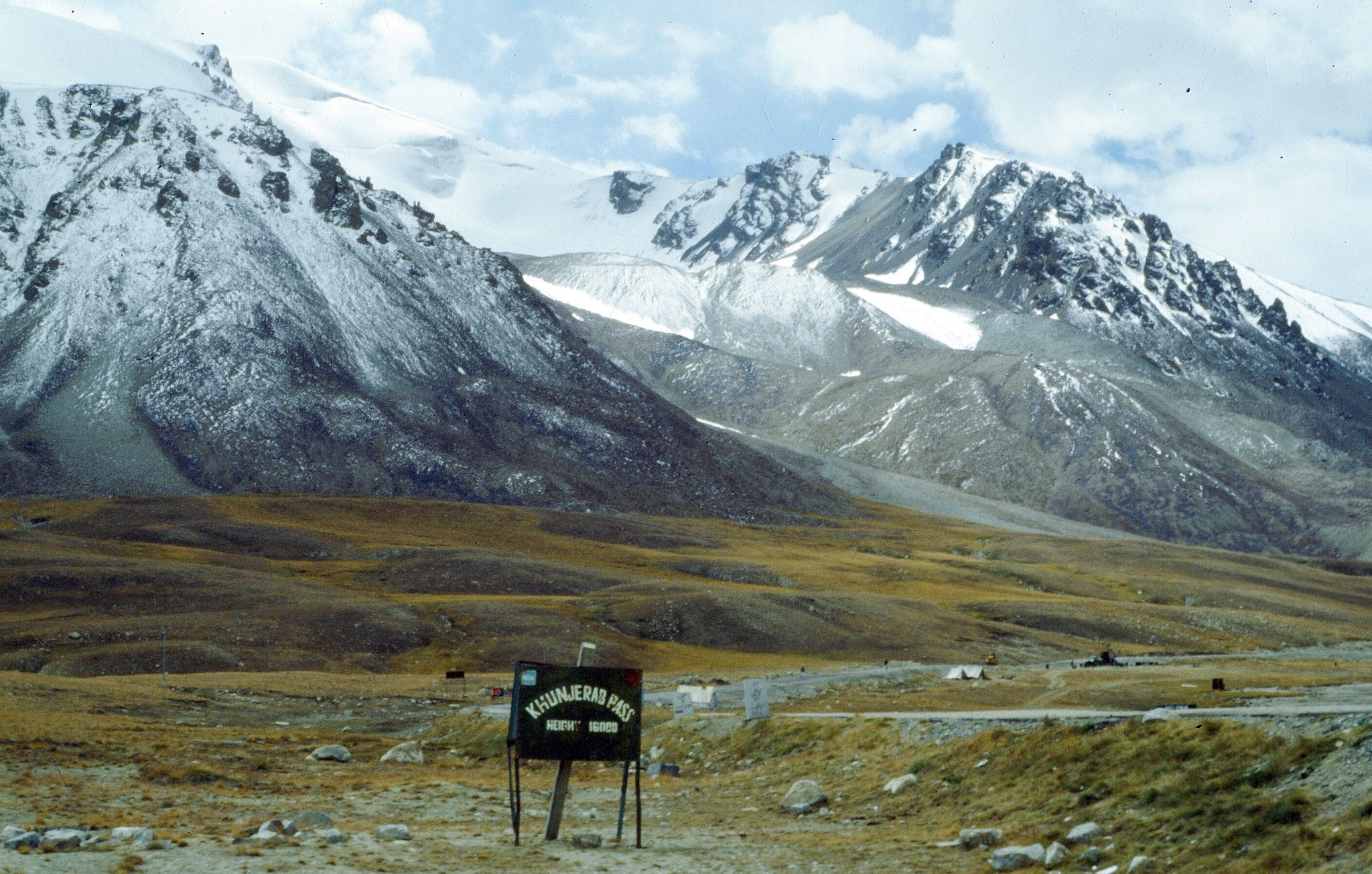 In the Fall of 1990, a little over a year after the protests in Tiananmen Square came to their shocking and terrible conclusion, I got off a train in Urumqi with plans to make my way across the Karakoram Highway to Pakistan. I had planned this trip for over a year and had a visa for Pakistan, although I was somewhat concerned about whether it would be accepted. They had originally given me a visa with an early expiration date, and I had gone back to the embassy in NY to ask them to change it. They had done so, but using White-Out, not even bothering to sign or stamp the changes, so it looked like something I had done myself. Eventually I would get through the highest border crossing in the world without incident, but when I arrived in Urumqi I wasn’t even sure that the border would be open. Clashes in the province earlier in the year had closed the border for a few months and it had only recently been re-opened.

But before I headed out west to Pakistan I needed to pick up some money to pay for the trip. These were the days when foreigners traveling in China were forbidden from using Renmenbi (RMB) and instead had to change their money for Foreign Exchange Certificates (FECs). Except that you couldn’t really do anything with FECs so the first thing you had to do after getting them was to exchange them on the black market for RMB. That meant that I had to walk around the marketplace in Urumqi until someone approached me with an offer to trade. That didn’t take long and I was soon following a Uyghur man off to a side street to make the exchange. Just then a commotion happened as a man chased another man down the street and hit him on the head with what looked like an axe! The man I was following pulled me off to the side to protect me from the commotion. I thought for sure the other man had been seriously injured, but he got up and kept on running. Soon they were gone, but the man I was with apologized to me and said that with all the attention he didn’t feel comfortable making the deal anymore. It was only after he left that I realized my pocket had been picked. Fortunately I was prepared for such an eventuality, and my wallet was essentially a decoy, with all my money stored in a hidden money belt. I remember thinking that the fantastic performance they had put on was surely worth more than the few cents they had managed to steal from my fake wallet. 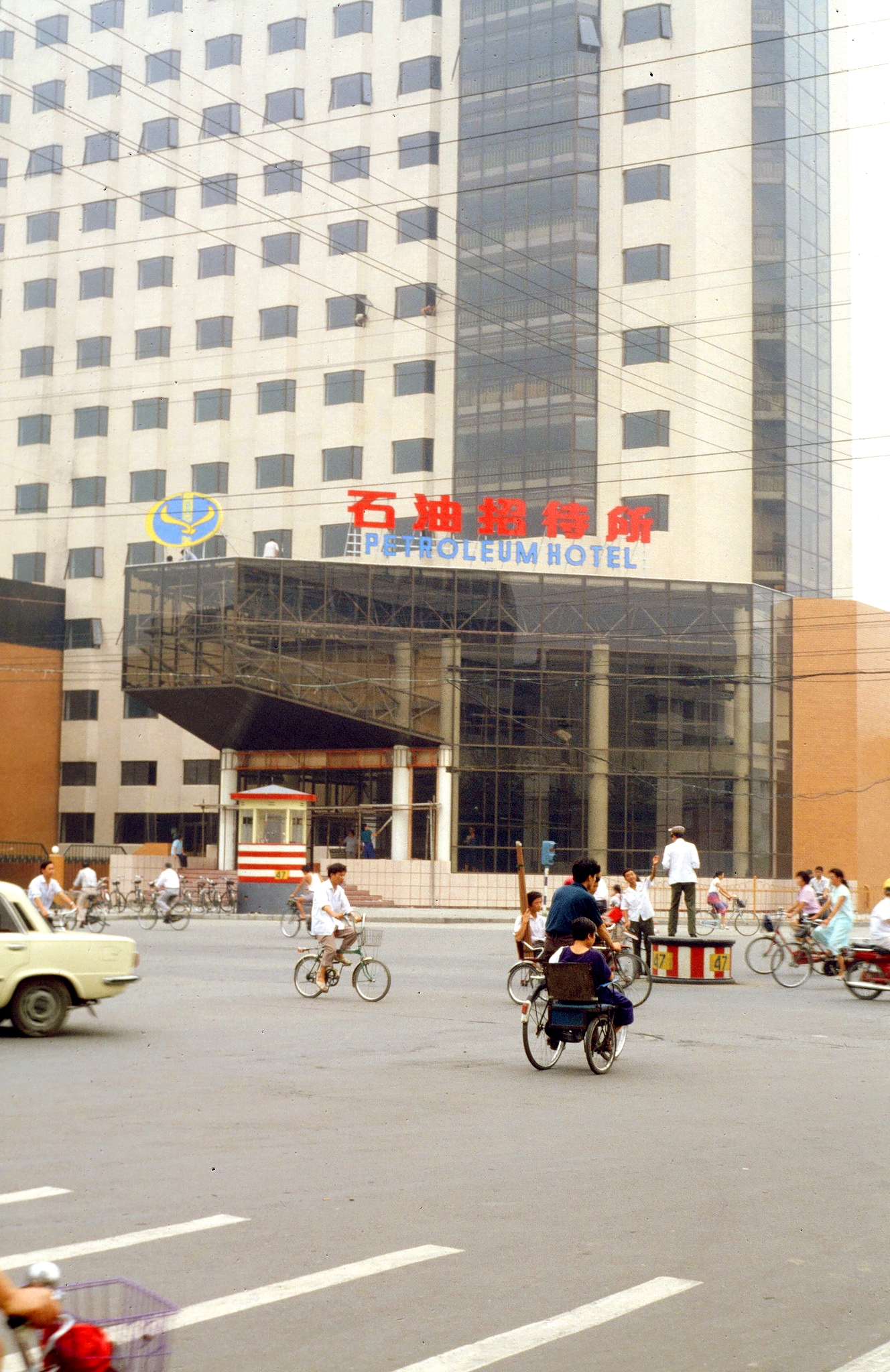 I forget how I eventually traded my FEC for RMB, but I remember feeling rattled and a bit depressed as I walked around the city, not knowing where to go. It was then that another Uyghur man offered to show me around. After my experience that morning I wasn’t feeling particularly trustful, but there was something earnest and hopeful in this man’s affect and I was eager to shed the gloom and cynicism which had pervaded my thoughts since being robbed. So I hopped on the back of his bicycle (most of China was still on bikes in 1990) and he took me on a tour of Urumqi.

I don’t remember where we went or what we saw, but somehow we ended up sitting together on a bench somewhere. I remember there were some old men were playing chess nearby. It was then that it became clear he had something important he wanted to tell me. His English and Mandarin were both quite poor, so we could only communicate through basic words and gestures, but so far that had been good enough. However, now he had something important to say and our limited shared vocabulary wasn’t doing the trick, so he got out a pen and a scrap of paper, and drew me a picture of the Statue of Liberty. I thought it might be the Goddess of Democracy which had been built by the students in Tiananmen the previous year. Maybe it was. Our communication was so limited it was hard to know anything. But one thing became clear. He wanted Xinjiang to be free, and he felt that as an American I would understand what that meant and might do something to help let the world know about their plight. I did my best to assure him I would and he drove me back to my hotel, reminding me one more time of my promise before he let me go. 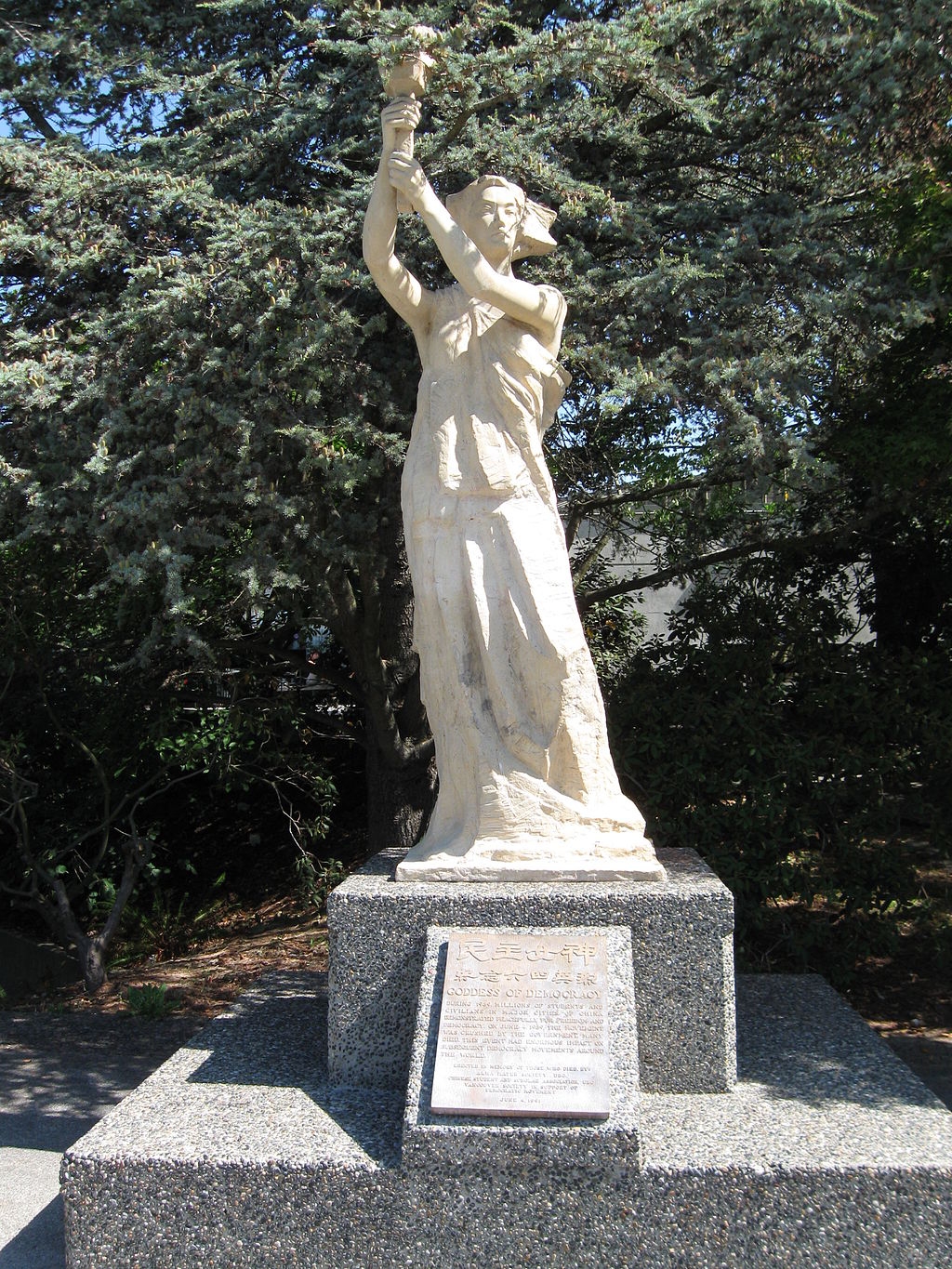 I’m not the sentimental type, and generally I’m more likely to associate America with imperialism, mass incarceration, and police violence than with “freedom.” But to this man I was a representative of the free world and a chance to get the message out about the oppression of his people. I’m afraid that I let him down. I have tried to stay reasonably informed about Xinjiang, but my own research has been focused elsewhere and if I do talk about Xinjiang I’ve been more likely to share the story about getting robbed that morning than the story of the man who drew a picture of the Statue of Liberty in the afternoon. Recently, however, the news from Xinjiang has gotten so bad that I’ve been thinking more and more about my host and the promise I made to him. Signing the Xinjiang initiative pledge is the bare minimum I can do as a scholar, which isn’t much, but by signing it I feel I am keeping a pledge I made long ago, which means much more to me. I’m just sorry it took me so long…

For more information on what is happening in Xinjiang, be sure to check out the bibliography compiled by Magnus Fiskesjö.