In my article on blogging, I commented on the links between contemporary blogging and diary writing in the seventeenth century:

This is not unlike the situation in the 17th century, when political pamphlets and salacious broadsheets were the talk of French Salons and British coffee houses. The same period also saw the spread of new forms of private writing, such as maintaining a diary and writing letters, eventually resulting in the rise of the modern novel. 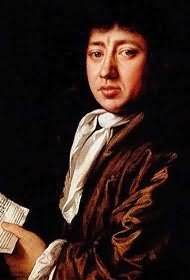 One such early diary, that of Samuel Pepys, is being published online as a blog!

A new entry written by Pepys will be published each day; 1 January 1660 was published on 1 January 2003.

The site includes “annotations” which are user-contributed comments.

I found out about the site after following a link from BoingBoing to blogumentary.com, where someone has made a short quicktime movie about the history of blogging. Here is a cached version of the movie, in case the one on the site goes down.